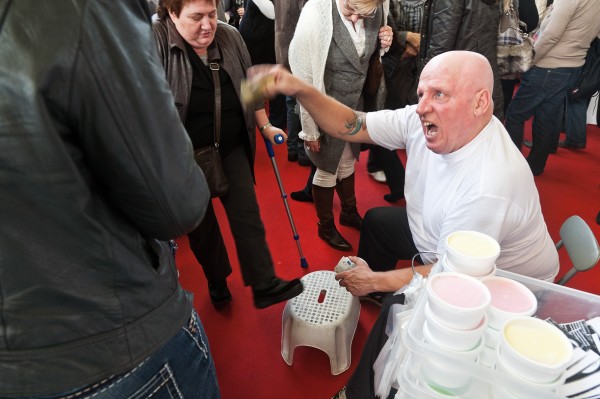 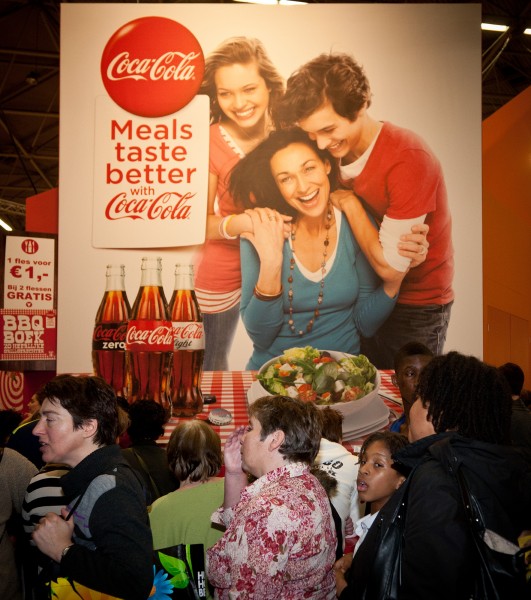 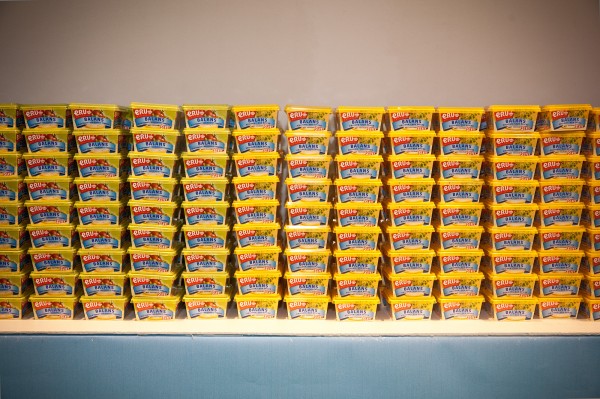 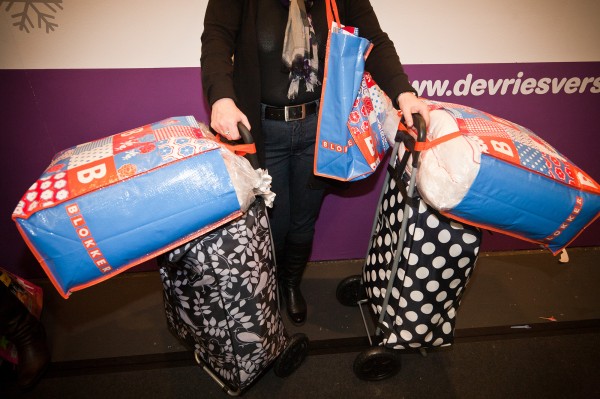 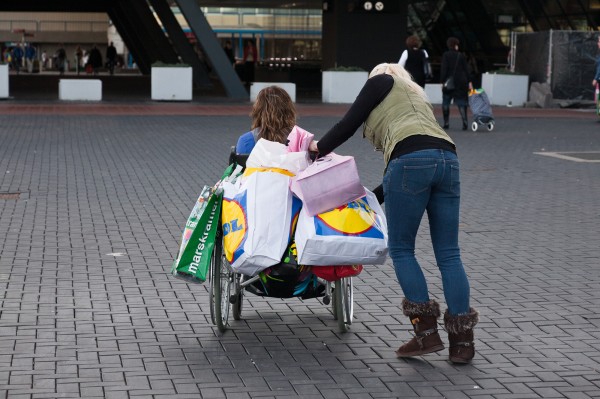 As a part of my research on the Dutch people, I went for the first time in my life into a household fair in Amsterdam RAI – the largest consumer event in the Netherlands. It is a yearly event of nine days, showcasing the newest developments in fashion, leisure, food and housing – at least according to its marketing material. In the nine day period, almost 250 000 people visit the fair, each spending on average an amount slightly over 100 euros.

What I saw in there were people queuing to taste the culinary wonders offered by Honig, trying out the newest fashion by Zeeman and adding new trinkets and ridiculous gadgets to their collection of useless items; people wearing the same clothes from the same manufacturers, queuing to buy packages of the same, pre-prepared food. Busloads of people transported to yet another place where they can buy their happiness from a nice pre-selection made for them by large companies.

The marketing engines of business conglomerates, omnipresent in the streets and the homes of nearly everyone in the Western world, exploit human vulnerabilities and insecurities not only by proposing that by purchasing a product, you will become happy, but also by stating that you, the consumer, are not as beautiful, as interesting or as happy as you could be. They tell you that your clothes are passé, your hair is flat and that your car is old-fashioned and ugly. But – here’s the catch – your life could be easier, fancier and you would simply be happier if you had the newest product. After all, you’re worth it.

By purchasing the advertised product, the consumer feels, according to plan, that he or she has achieved something: he or she has become a smarter, more attractive or in some other way a better person. However, the feeling of happiness created by this “self-improvement” is not permanent. According to the theory of hedonic adaptation sometimes mentioned by positivist psychologists, upswings in happiness also raise expectations and desires, resulting in the overall level of happiness quickly diminishing to its original level. In other words, when one gets more money or a new, fancy car, he or she gets used to it quite fast and returns to being discontent.

To keep people consuming, manufacturers create newer, slightly improved products in an ever-increasing speed. Products are planned to become obsolete or break down entirely in a relatively short period of time. The realization that there is a newer, better product (or that the old one is already broken) creates anew the feeling of anxiety: the consumer is not as good as he or she used to be. In the end, the consumer is even unhappier after buying the product than before the purchase. But of course, the temporary feeling of success and happiness can be achieved again by buying a new product, thus completing the cycle.

The marketing-driven ideology of making oneself happy by buying new things seems to be quite universal in the Western world, but more specific to Dutch people is the fixation on saving money. If something is free, it will make you even happier, because you don’t even have to spend money on becoming happy. If something is cheap, that’s almost as good – you can buy many small, cheap things, which makes you even happier because you get more units of happiness. Like McDonald’s says in their Dutch street advertisements, “Happy voor maar 3.95” (Happy for only 3.95).